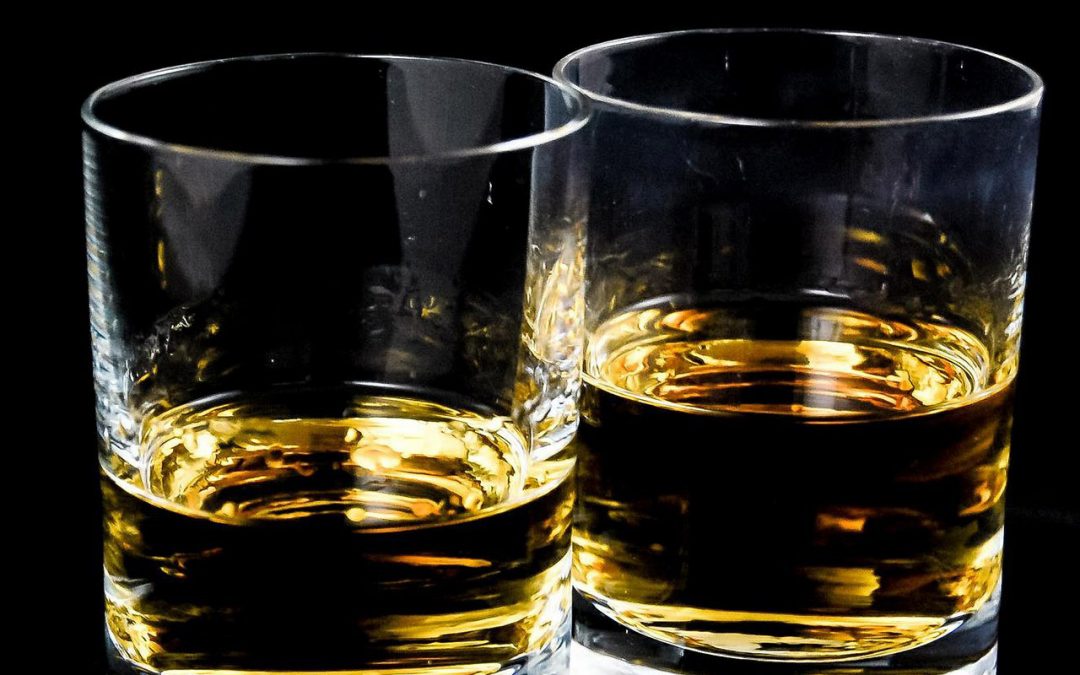 This is a aperitif wine which has been invented by mistake in 1589 (according to the legend!). A vineyard worker had poured some grape juice inside a barrel that already contained some eau de vie (the liquid to make Cognac).  When they opened the barrel a few years later, Pineau was born!

It was only commercialised in 1921 and today 75% of the production is consommed in France. The first importers are by Belgium followed by Canada.

It is soleley made in the 2 Charente department, mostly in the area when Cognac is made. This is made by a mixture of the crushed grape liquid added to Eau de vie of Cognac, hence why it is made where they make Cognac (roughly ¼ Eau de Vie, ¾ grape juice). It is then left to ferment for 6 Months to as many years as you want in a wooden barrel.

Pineau des Charente is drunk at the Aperitif (before lunch or dinner), served very cold (6°C) with no ice. Never put ice in Pineau!! So always keep in in the fridge. It is also served inside half a melon as a starter (another Charente tradition).

There are 3 versions: White, Rosé and Red. All 3 are excellent!!!

This is a very popular drink in Nouvel Aquitaine and most farmers or country folks do their own. The homemade one is usually better than the one you can buy in shops and Supermarket. 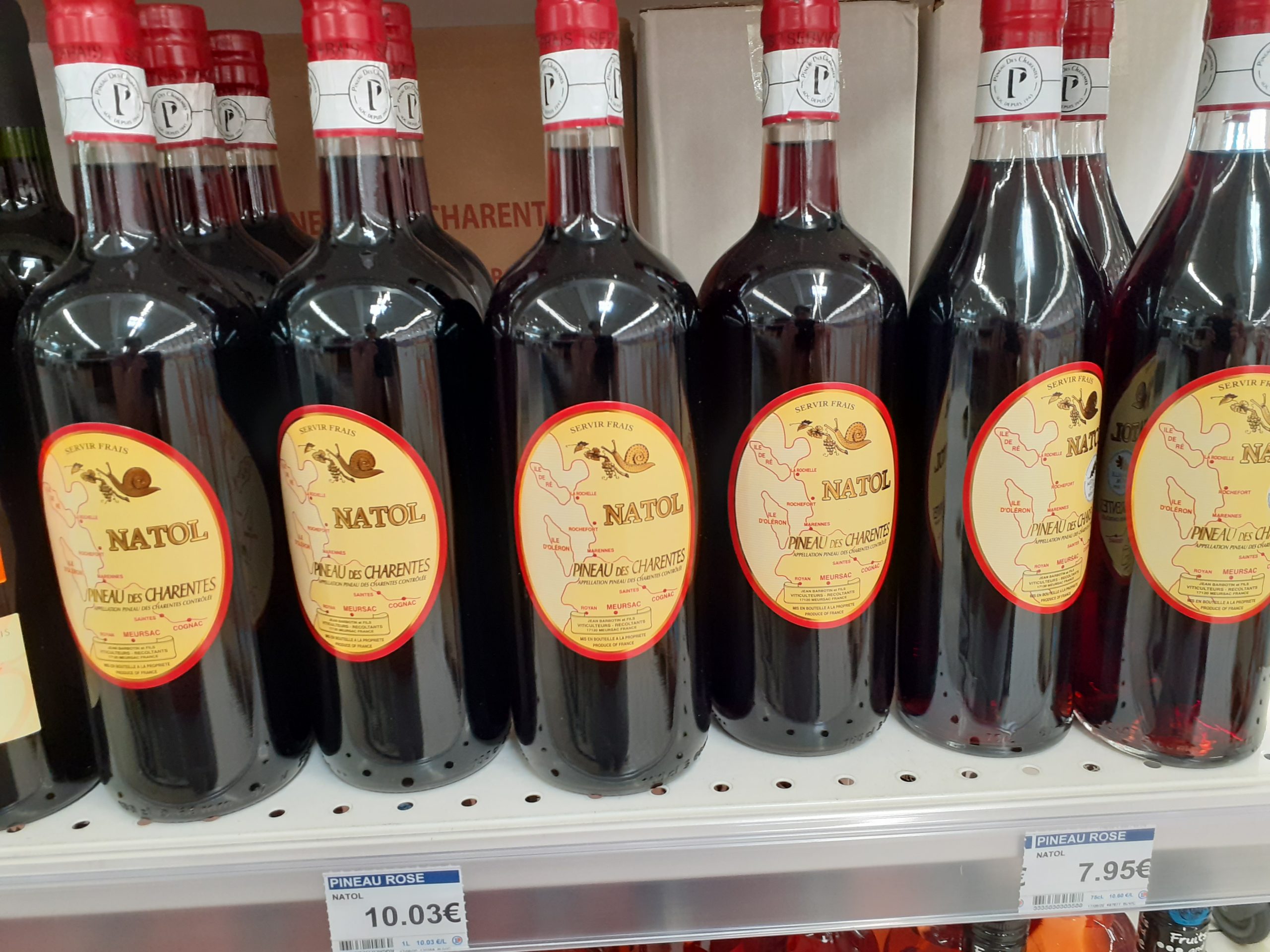 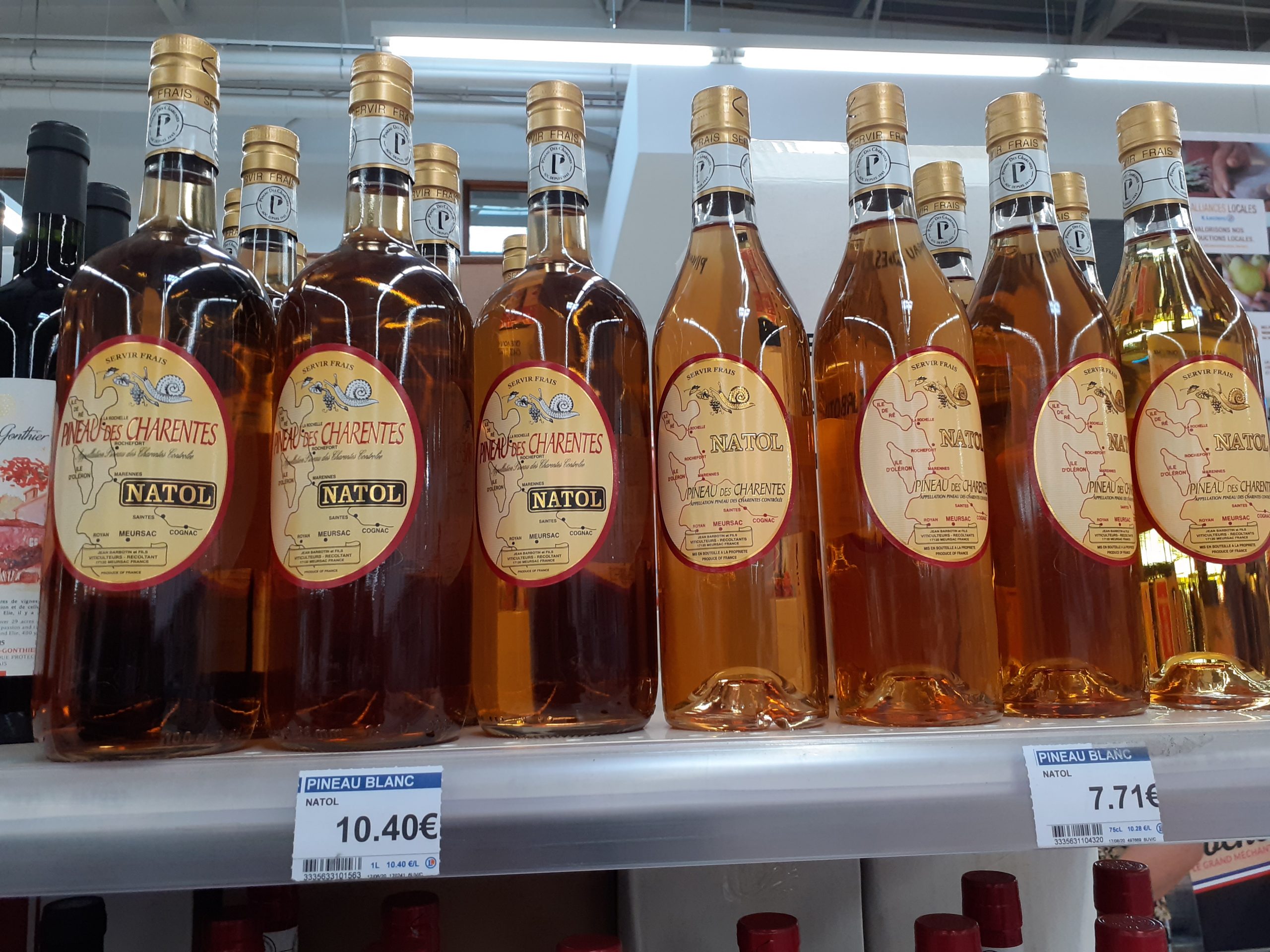