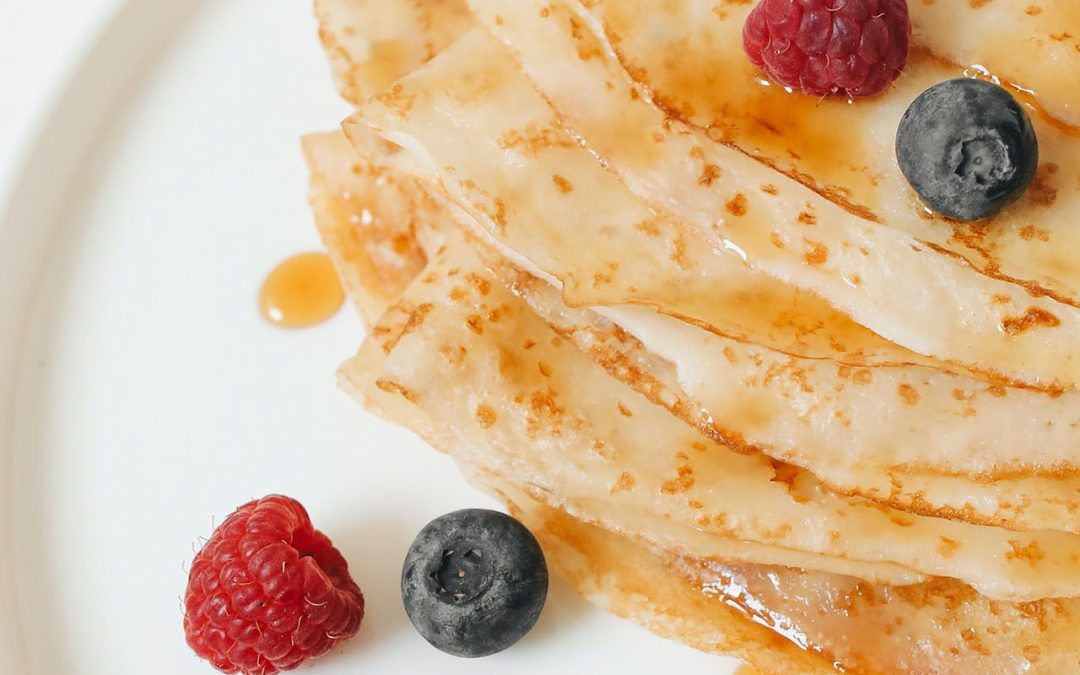 After the “galette des rois” in January, we have the “crêpes” (pancakes) of February!! Needless to say that if you have taken a New year resolution such as losing weight, January and February in France are not helping!!

The Chandeleur which means the candle feast is exactly 40 days after Christmas so on the 2nd of February each year and celebrates the presentation of Jesus in the temple. In the old days, there used to be processions with candles and you had to get back home with the candle still alight. Since then, the Crêpes appeared! Different opinions on this one, the first one is related to a Pope in Rome that started giving Crêpes away to Pilgrim people. The other is that it’s golden round shape (of the crêpe) resemble the golden elliptical plate behind the head of Jesus and the Saints.

With the crêpe came the tradition of the golden coin. When you flick the first crêpe, you must hold a coin in your left hand. If the crêpe gets back on the plate properly, you will not run out of money for the rest of the year! As if!

Note that we also eat Crêpes on Shrove Tuesday which is called Mardi Gras in French and it is on the 16th of February this year. Mardi Gras celebrates the end of the fat week « semaine des sept jours gras » in French or« jours charnels ».

This Tuesday is followed by « mercredi des cendres and le Carême » in which Christians are encouraged to eat much less and without meat. Yes, that existed well before Vegans appeared with Vegan January!! So basically, Christians fat up before the upcoming fast. Mardi Gras is also celebrated in France by a Carnaval.

So, a big party and lots of food before the 40 days of fast (Carême) which is to celebrate the 40 days of Jesus in the Desert. Needless to say, that not many French people fast anymore but we have carried on with the pancake and Carnaval!!